CiB Merchandise – get yours today! 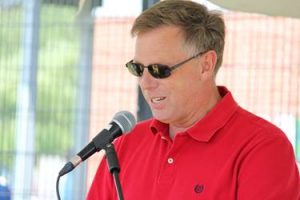 John Lohuis has over 40 years of progressive and senior management experience in the field of parks and recreation. He is a Past President of the Ontario Parks Association (OPA), also served previously on the Board of Directors of Parks & Recreation Ontario (PRO) and also as Co-Chair of the PRO Public Affairs Committee and chair of Canadian Parks Recreation Association (CPRA) parks advisory committee.

John was the CEO/GM of the Niagara Parks Commission (NPC) from 2012 to 2016. At the City of Mississauga, he was Director of Parks & Recreation from 1990 to 2011 as well as Acting Commissioner of Community Services.   He also is involved with consulting firms in numerous projects and master plans in Ontario.

In 2011 and 2012, John was an adjunct lecturer at the University of Waterloo, Department of Recreation and Leisure Studies, teaching courses in Finance, Marketing and Tourism. John has worked in numerous volunteer roles including Games for the Disabled and community projects. He is currently 2021 Past-President of the Tillsonburg Rotary Club.