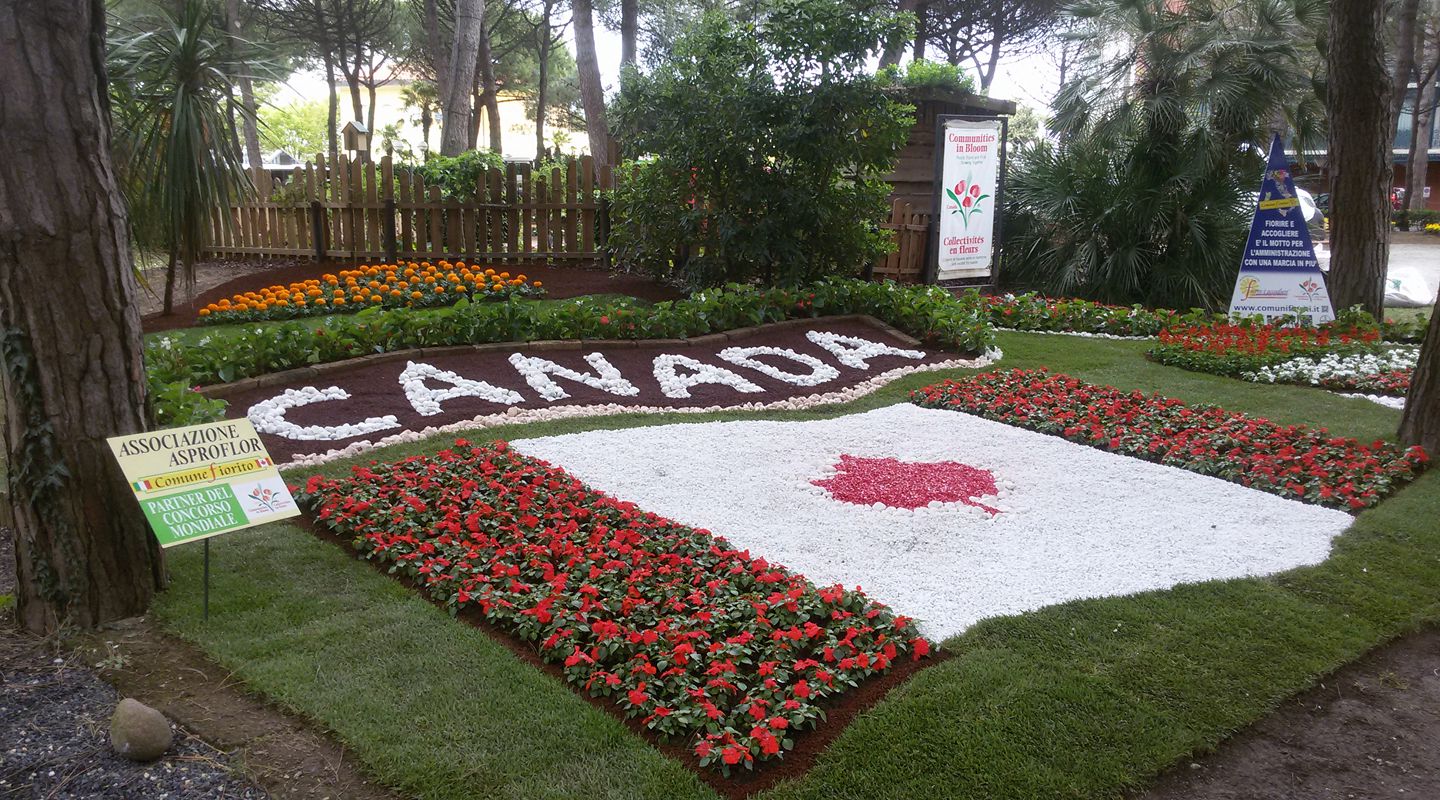 The Comune di Cervia was, in 2015, the first community to be officially nominated by Comuni Fioriti to represent Italy in the Communities in Bloom International Challenge.  Cervia won its category and was awarded 5 Blooms Silver.

Cervia is well known in Europe for the annual Cervia Città Giardino (Cervia Garden City), a widespread exhibition of gardens and horticultural display in public areas throughout the municipality.

The event, which held, in “COVID-19” mode, its 48th edition in 2020, involves each year more than 60 participants among institutions, schools and various organizations along with mostly European cities to offer the best and most stunning artworks that can be created with plants and flowers.

In 2016, the garden introduced Communities in Bloom, in 2017 Canada’s 150th Anniversary was celebrated and in 2018, the garden featured Strathcona County Alberta, host of the Symposium and Awards.

In 2019, the City of Castlegar BC and Lewes DE USA, under the artful guidance of Evelyn Alemanni (Escondido, CA USA), a Communities in Bloom International judge, were the first communities to represent Communities in Bloom by building their own gardens.  Two groups of volunteers gardeners traveled to Cervia to build their gardens, with the generous support of Cervia, its gardeners and citizens. 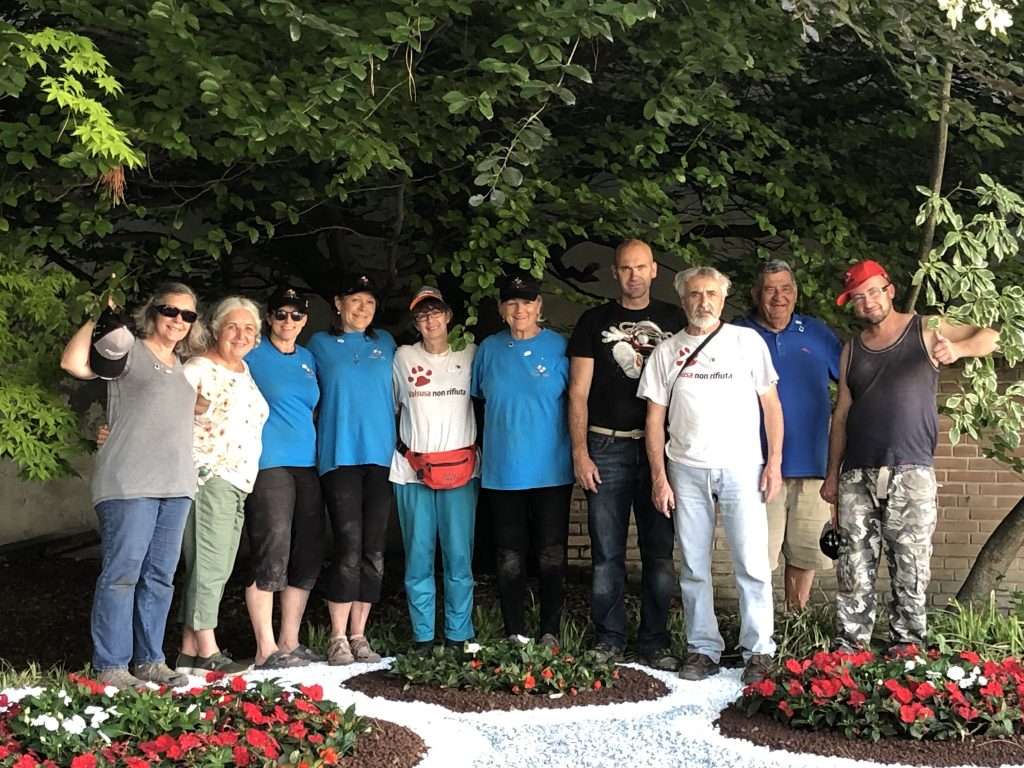 In 2020, faced with the COVID-19 pandemic, Cervia decided to hold, respecting health authorities guidelines, the 48th edition, by having their staff replicate the 2019 gardens …all on their own: a true testament to their dedication: Grazie Mille, Cervia !

Comune di Cervia, as it does every year, maintained the gardens throughout the summer.  The gardens and their communities are featured with descriptive signage on site, on line and in promotional publications.

Communities in Bloom is thankful to Cervia Città di Giardino for demonstrating the values of horticulture, green spaces and floral displays …and for promoting the program and showcasing our communities.

Here is a link to their latest video that shows how much their citizens care about greenery  :  https://www.facebook.com/cerviacittagiardino/posts/2642564489289395

The participation of Canada in Cervia Città di Giardino has an additional “Canadian” meaning as Cervia was amongst the Italian communities liberated by the Canadian Armed Forces in October 1944 during the battles of WWII: 5 Canadian Soldiers lost their lives during the battles for the liberation of Cervia.

To this date, in recognition of the liberation and the support provided following the battles, Cervia honors their memory every year with an annual ceremony on October 22.  In 2017, a new plaque honoring all five fallen soldier was unveiled at Piazza Garibaldi as part of a re-enactment of the liberation of Cervia. 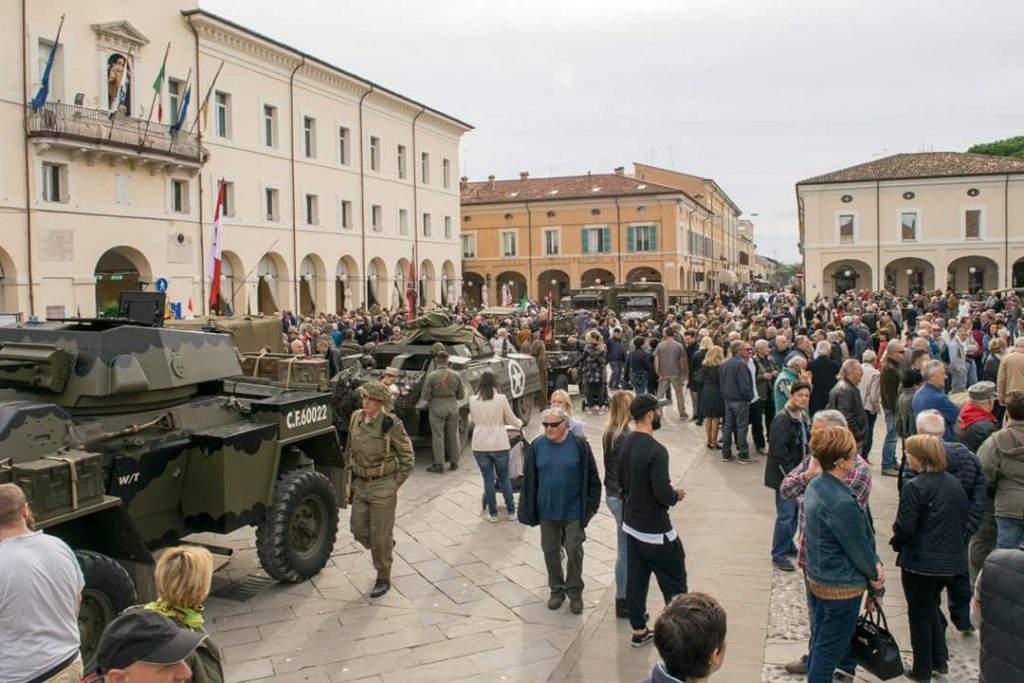 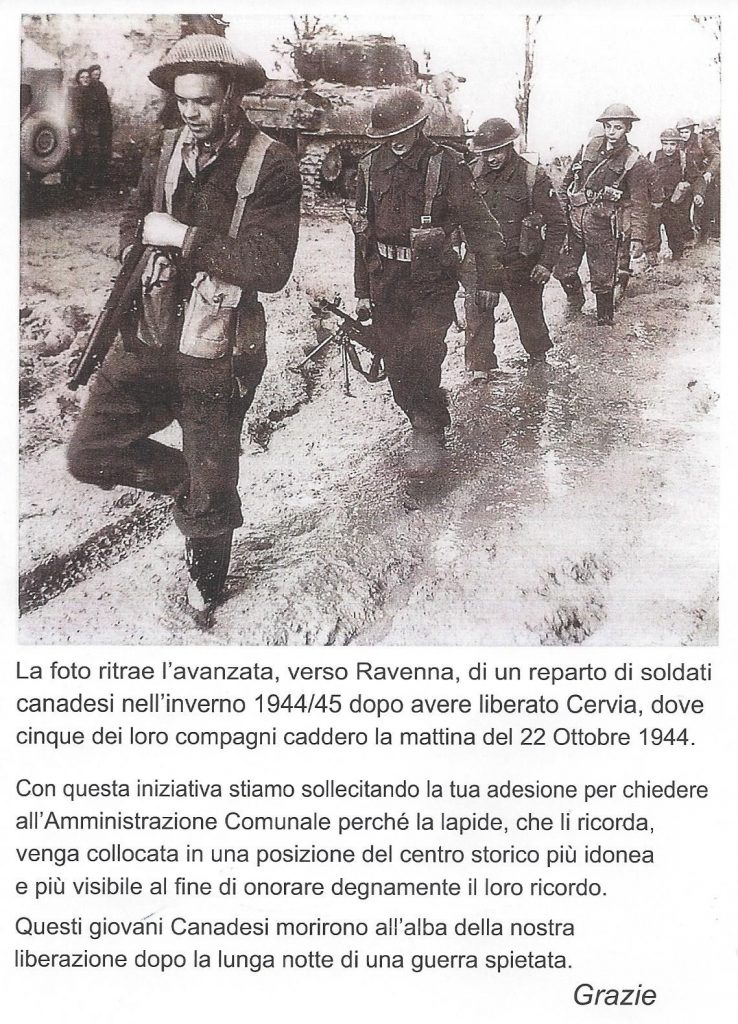