News from the Canadian Garden Council 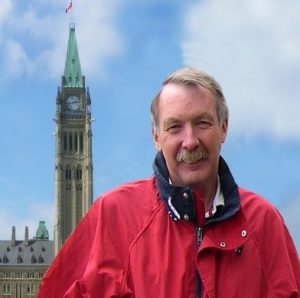 Bob is retired from the National Capital Commission (NCC) in Ottawa where he was the Director for Capital Urban Parks & Green spaces. Bob’s first career was in the Canadian Forces as a Military Engineer where he served in various locations across Canada as an Army Combat Engineer and Military Public Works Director.

At the NCC Bob was responsible for the management of Federal urban lands in Ottawa including pristine parks, urban forests, naturalized areas, parkways, the Parliament Hill grounds, Federal office sites, public outdoor recreational facilities, including the Rideau Canal Skateway, and sixteen acres of flower beds including more than 500,000 tulips and 200,000 annuals.

Bob has been associated with Communities in Bloom for over twenty years, a National Judge for eighteen years and is also a member of the Board of Directors of CiB and the past National Chair.

Bob enjoys participating in many sports including hockey, skiing, biking, tennis, jogging and camping and likes to explore Canada and the ever-increasing communities in bloom.